Share on Facebook
Tweet on Twitter
Since the year is coming to an end, let’s take a look at the glorious moments of India in chess.
Indian chess has seen a great rise in the last two decades. And the current scenario of Indian chess has many Vishwanathan Anand’s who have raised the country’s honor in various events this year. Anand who won the Grand Master title in the year 1988 and became the first Indian to be so.
After him, as of now, India has fifty Grand Master Titles out of whom seven are among the world’s top 100. This year, the Indian chess players have proved their worth successfully by achieving multiple accolades at various national and international events. And this list is about the same, take a look at some of the celebratory achievements by the Indian chess players in 2017:

One of the biggest achievements registers in the name of India was by Grandmaster Abhijeet Gupta. Seeing his achievements, the 28-years-old got the alias Mr. Commonwealth.

The Delhi-based GM won the Commonwealth event four times in five years, and this year, the third time in a row.

In the Women’s category, GM Swati Ghate took the title prize while Bengal’s Mary Ann Gomes and Delhi’s Tania Sachdev clinched second and third spots respectively. Further, in all the age categories from under-8 to under-20, all three podium finishers were Indians.

Not just the international level, the National Indian chess players have shown some tremendous potential to play a competitive and calm game in 2017.

In the open section of the National Premier Championships, 24-year-old Grandmaster from Andhra Pradesh, Lalith Babu clinched the title in November this year. 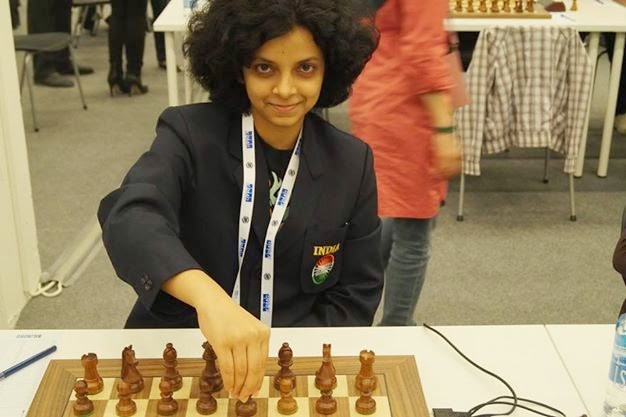 In the women’s category, the game saw some nail-biting encounters, each and every match of that tournament was exciting. Among four best women chess competitors Bhakti Kulkarni, Meenakshi Subbaraman, Saumya Swaminathan and Padmini Rout, women Grandmaster Padmini Rout clinch a win she worked really hard for.

To achieve this title, Thejkumar had to win his last two games at the Formento all-India FIDE-rated chess tournament. He achieved it easily and was able to cross the rating threshold of 2500, which was another requirement. Subsequently, he completed all the requirements for the Grand Master title.

Anand’s second place finish at the Isle of Man Open

One of the biggest chess tournament of 2017, The Isle of Man Open held in September. The tournament hosted some of the biggest players, such as Magnus Carlsen, Hikaru Nakamura, Fabiano Caruana, Vladimir Kramnik, Viswanathan Anand, among others.

Midst of all the controversies during World Women’s Chess Championship this year, India’s Dronavalli Harika clinched bronze title. As the event kicked off, Harika outclassed her opponents to reach the semi-finals. On her way, she ousted some of the best players in the world, such as Dinara Saduakassova, Sopiko Guramishvili, and Nana Dzagnidze to win the third highest honor.

IPL 2018: Captaining KKR is a very interesting phase of my...

CircleofSports Desk - April 27, 2018
0
Dinesh Karthik, the Kolkata Knight Riders Captain, has come out and expressed that he is going through a "very interesting phase of my life". The right-hand...

Wimbledon 2017: Venus Williams marches into the Third round

Double Bonanza: India and Pakistan Clash in Cricket as well as...

MSK Prasad explains why Kohli was rested for Asia Cup and...