The 25-year-old Brazillian footballer, Neymar couldn’t keep his hands off the stunning Brazillian model as they spend their time in a prestigious hotel and attended a yacht party at Fernando de Noronha.

Bruna, on the other hand, looked amazing as she flashed her stunning figure while getting close to the PSG star. Neymar and his girlfriend were there with fellow couple Izabel Goulart and her boyfriend, Kevin Trapp, who is his fellow PSG-player.

Well, seeing the hot chemistry between these two was pretty surprising as Neymar announced the end of his relationship with Bruna in June last year. It was the third time the pair had split. Reportedly, the reason behind their breakup was Neymar’s wish to get married.

They are seen back together after being separated for a few months. Neymar and Bruna were spotted together for the first time at a pre-New Year’s party where they kissed and hugged. And now this smoking PDA certainly proves that this adorable couple is back together.

Sneak Peek into the Life of World’s Most Expensive Footballer, Neymar Jr.

Neymar even talked about his feelings for Brun by saying, “Yes I would go back with her. This would be controversial I know. But I have a lot of affection for her, I like her a lot. Who knows what tomorrow holds?”

Meanwhile, the pair certainly looked like they were happy as they continued the party with Izabel and Kevin on a yacht.  Take a look at some of their pictures from the fancy yacht party: 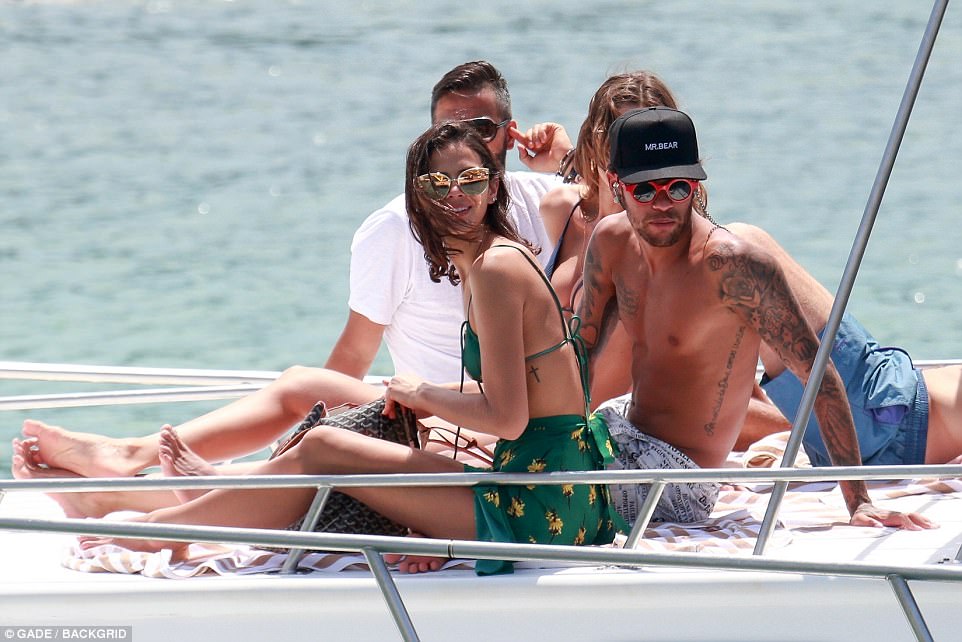 CircleofSports Desk - July 19, 2018
0
Today is the 100th birth anniversary of one of the greatest leaders and revolutionaries the world has ever seen, Nelson Rolihlahla Mandela of South Africa. Known...

WATCH: HARDIK PANDYA TALKS ABOUT HIS CRICKETING MEMORY AND OTHER SECRETS

Now You Can Buy An App That is Really Made For...

Buffon says, ‘I was mesmerised by Thomas N’Kono’