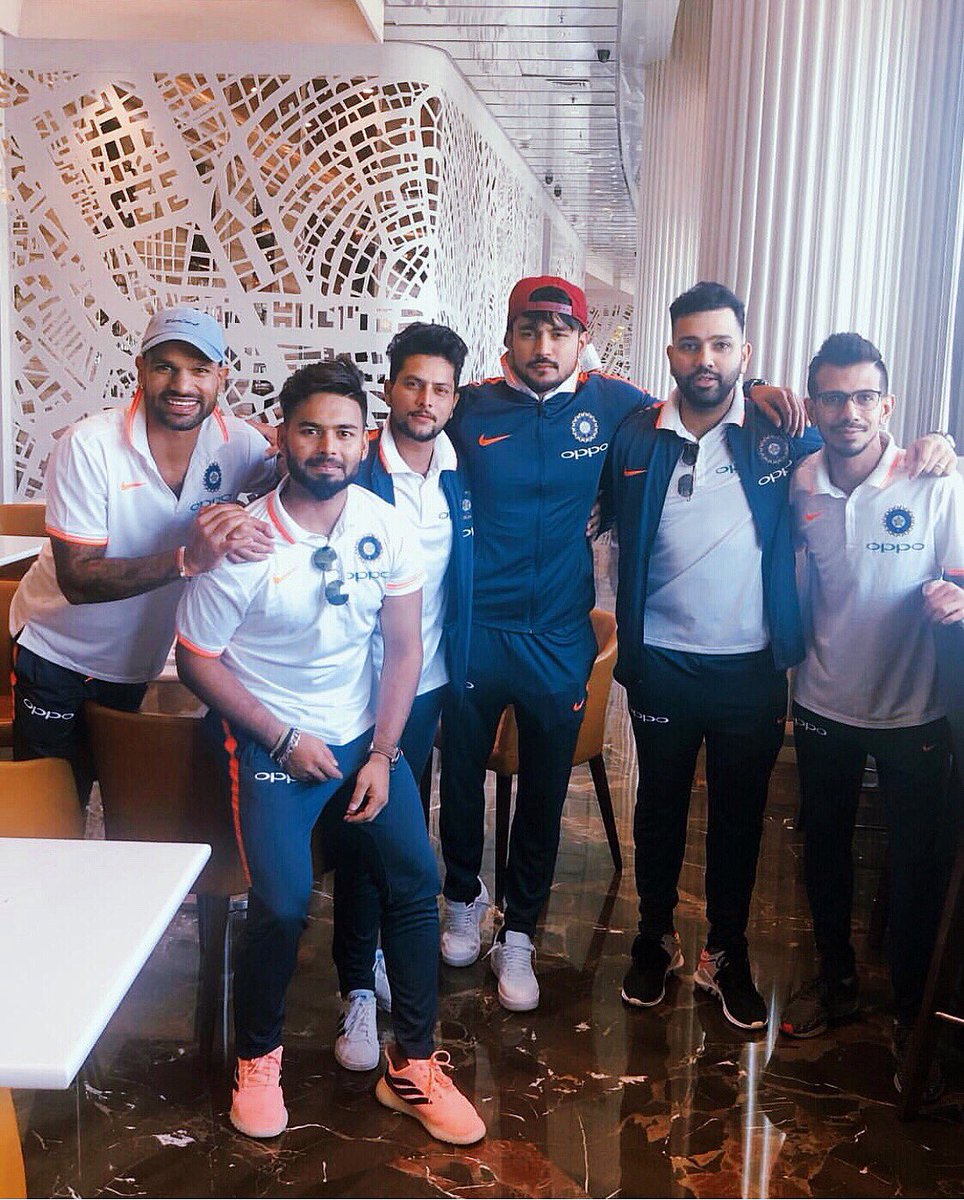 Indian cricket team left for Australia on Friday for the full-fledged series. India and Australia are playing three T20Is, four Tests, and three ODIs which will be played in January next year. The pictures of the Indian team’s departure was shared by BCCI and players on Twitter.

Rohit Sharma is also leaving with the team for Australia after he was rested for the four-day Test match between India A and New Zealand A. There was speculation that Rohit will miss the first T20I against Australia as he is set to be a part of the India A’s squad. The game would have also helped him to get a place in the Indian Test playing XI against Australia.

India has never won a Test series Down Under and this series is seen as their best chance. The first T20 will be played on November 21. Last time when India played a T20I series in Australia they whitewashed them under MS Dhoni’s captaincy.

Australia has suffered a clean sweep recently also, against Pakistan in UAE.

Here are the pictures of India’s departure to Australia:

Happy faces and gamer boys before the team's departure to Australia #TeamIndia pic.twitter.com/eZCgdrABCE

Featured: Cricketing battles that every fan would have loved to see

Exciting challenges ahead. Off to Australia✈️with the boys #TeamIndia pic.twitter.com/ZQtaGs1ERE

✈ Taking off to head down under 🇦🇺 pic.twitter.com/Z5ZuKmcIBZ

Gangs here and we are ready to jet ✈️ pic.twitter.com/CsCqm79Kl0

WATCH: Virat Kohli and Anushka Sharma come up with flaws of marriage

Yuzvendra Chahal roasted for his workout video by Chris Gayle

IPL 2017: GROWTH OF RASHID KHAN AS A CRICKETER

ankush bhatia - April 9, 2017
0
Afghanistan's flamboyant leg-spinner Rashid Khan has done nothing wrong in his career in recent times. In IPL auction 2017 he was bought by Sunrisers...